Hitler played the willing dupe when he attacked Russia Hitler was not tricked by Churchill into invading Russia, as Louis Kilzer believes.

He belonged to the same Illuminati cult as Churchill, and played the dupe.

His role was to lead Germany into a fatal two-front war.

Hitler didn't want a world war, and had no stomach for fighting England, according to Louis Kilzer, author of Churchill's Deception (Simon & Schuster, 1994).

Kilzer's book is a twist on the official history of World War Two, a war which continues today as a propaganda template for Good and Evil.

According to Kilzer, Hitler advocated an alliance of Germany and her Aryan cousins: England and the United States. His territorial demands were limited to Communist Russia, which he regarded as a proxy for Jewish world ambitions.

In fact, he was an agent of Anglo-American Jewish finance, (i.e. the illuminati) which wanted to entrap and destroy Germany.

According to Kilzer, the "miracle at Dunkirk" was "an extraordinary peace overture" to England. Hitler halted his generals for three days allowing 330,000 Allied soldiers to escape.

"The blood of every single Englishman is too valuable to shed," Hitler said. The racial dogma was a pretext. Anyone serious about destroying Jewish finance would have plucked out its heart - the City of London.

Hitler, FDR, Churchill, and Stalin were all members of the Illuminati. Hitler and Churchill were probably linked through Aleister Crowley and the Ordo Templi Orientis.

This was the "ugly secret" of World War Two. (There is always a cover story. The "V" really was a symbol of the satanic new wrold order, the inverted cross. Here Churchill signals his true loyalty to those in the know.)


World wars are manufactured by the Illuminati to destroy the nation state, kill patriots, degrade and demoralize mankind, increase Illuminati wealth and power, and advance the Luciferian New World Order. (Evidence for this view is cited in text links and articles listed at the end.)

Hitler knew that England was controlled by Jewish finance, and was in no way "Aryan."  The Illuminati policy of "appeasement" promoted Hitler and set Germany up for destruction in a two-front war. Hitler's "peace gestures" should be seen as  acts of a man who was financed by the City of London and assumed he was their agent. His racial doctrines were a cover.

Douglas Reed, the (London) Times Correspondent in Berlin, was first tipped off to something fishy when his newspaper suppressed his warnings of the Hitler menace. (See his Controversy of Zion)

During the war, the British often refused to make a deal with  German generals who wanted to replace Hitler.

According to Kilzer, Hitler was ready to retreat from Western Europe and from much of Poland in exchange for carte blanche in Russia.

Kilzer describes how British Intelligence (an arm of the Illuminati) convinced him that a large pro-Nazi (anti Communist) "Peace Party" was prepared to unseat the "war monger" Churchill and grant this wish. This party consisted of the Duke of Windsor (the former King Edward VIII) and appeasement-minded elitists known as the "Cliveden Set."  The Nazis had longstanding social ties with this group and confided in them.

In fact, this was no "deception." Hitler was an arms-length agent of this group. The Duke of Windsor went to stay at the Rothschild castle in Austria after he abdicated. Could Hitler really have missed this detail?

Rudolph Hess, the Deputy Leader of Nazi Germany, also belonged and flew to England May 10, 1941 to negotiate peace. According to Kilzer, Hess had Hitler's blessing.

Coincidentally, this was the worst night of the Blitz. Afterward, there was a long lull in both Nazi and British bombing raids. Hitler thought Hess had reached an understanding and turned his attention to the invasion of Russia the following month (June 22, 1941.)

In fact, the English Illuminati set up their Nazi brothers for a two-front war. Hitler willingly played the dupe.

The book "Financial Origins of National Socialism" (1933) by "Sydney Warburg" provides another glimpse of how the Illuminist clique supported Hitler. This 70-page booklet was suppressed for many years but was republished in 1983 as "Hitler's Secret Backers."

"Warburg" describes a July 1929 meeting with "Carter," the President of J.P. Morgan's Guarantee Trust, the Presidents of the Federal Reserve Banks, "the young Rockefeller" and "Glean from Royal Dutch." These were all Rothschild factotums.

It was determined that Warburg who spoke German should travel to Germany and ask Hitler how much money he needed to overthrow the state. The only stipulation was that Hitler adopts "an aggressive foreign policy."

"Warburg" details five meetings with Hitler between 1929 and 1933. The first took place in a beer cellar and Hitler calculated his needs on the back of a paper plate. About $25 million was transferred. This was extremely important in the depth of the depression because the Nazis provided food and shelter to their supporters.

Hitler wasn't told the reason for this support and did not ask. On two occasions, he wondered out loud if "Warburg" was himself Jewish but dismissed the idea before "Warburg" could reply.

There is no "Sydney Warburg" but the internal evidence suggests the author was James P. Warburg, son of Federal Reserve founder Paul Warburg. General Ludendorff's wife testified at the Nuremburg trials that James P. Warburg was the conduit through which eventually $34 million was transferred from Wall Street to the Nazis.

The only people with the power to suppress this booklet are the ones it incriminates, and they have a record of suppressing similar works.

The winners write history. Our view of Hitler and the Second World War is largely an Illuminati Jewish banker view.

Hitler was created and manipulated by the Jewish bankers he railed against.  We are supposed to believe he lost the war because he didn't know they controlled England and the United States as well as Russia.

Martin Bormann, Nazi Party Chief and Hitler's Secretary, was the second most powerful man in Nazi Germany. He raised millions of dollars for Hitler's personal use from grateful Illuminati bankers and industrialists. Although Hitler masqueraded as a selfless idealist, he had a fortune stashed in Swiss bank accounts.

Albert Speer called Bormann "the maggot in the apple of the Third Reich." Indeed, Bormann was a Soviet spy, "worth 50 divisions," exposed by Kilzer's second book, "Hitler's Traitor"   and by Intelligence Chief Reinhard Gehlen. When Gehlen and Canaris raised the issue, Hitler protected Bormann, confirming his complicity.

If Hitler weren't a traitor, he would have demanded Rudolf Hess'
return. Hess was a peace envoy. But he knew too much.

The demented Nazi cause was doomed because the men at the very top, Hitler and Bormann, were agents of Illuminati Jewish world government. They were also responsible for executing the Jewish holocaust. In other words, the people who still use the Holocaust for their propaganda purposes, did it and continue to dominate the world today.

Most historians who promote the myth of Adolf Hitler are serving the same cause. Hitler played the dupe. It's time we stopped doing the same. 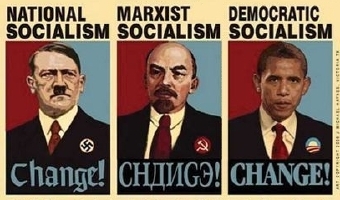